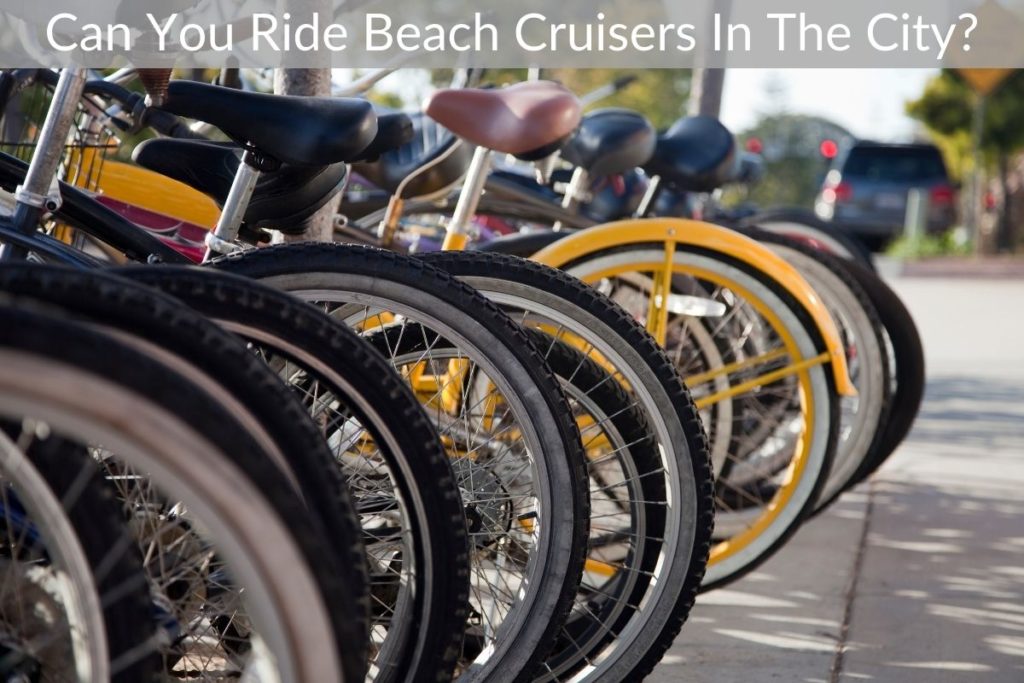 Ah, the beach cruiser. It’s a sturdy bike with wider tires than a ten-speed. It may or may not have hand brakes, although usually they have at least one. However, can they be ridden in other places than the beach? Yes, they can.

Many people assume that because a beach cruiser has the word “beach” in the name that they are really only best used on the beach but that couldn’t be further from the truth. In this article I will discuss some sample places where beach cruisers are great to use and then later I will talk about who they are best used by.

WHERE ARE THE BEST PLACES TO RIDE A BEACH CRUISER?

City parks: Most cities and states have laws against riding a bicycle on the sidewalk, even if it is safer than riding in the street. However, parks are an ideal location for a leisurely ride. Because they don’t go as fast as a ten-speed, it’s also safer for anyone who is walking through the park. No path available? Don’t worry. It does quite well on grass too!

Many parks will have many different interconnecting paths and will often have great views from a variety of different places in the park. Not only can you enjoy the weather and gorgeous views but not having to worry about heavy traffic or a lot of pedestrians can make the ride more enjoyable too.

Beaches: Of course near a beach is an excellent place to use your beach cruiser. You can ride it on the harder sand near the water’s edge or along the road or path nearby. You can even ride your beach cruiser in the sand if you have one of the models with wider tires and don’t mind a little extra hard peddling.

You can often find a bunch of shops and stalls that sell cool knick knacks along the beach and there are sure to be a bunch of places to get a nice drink or snack when you get warm or hungry.

Downtown: In most older cities there is an old downtown area. That isn’t always the downtown area now but it is an area where there are tons of little shops, restaurants, etc. This is a great place to ride your bike as you can hop off and visit a variety of little shops and if you find something you like you can pop it in the basket on your bike and head home.

My wife and I enjoy going to a downtown area near us that has bikes and scooters that you can rent for a few cents a minute. We can spend an hour or two enjoying each other’s company, shopping, eating, and more while also getting some nice exercise and seeing some new places.

Bike Paths: This is similar to city parks but some cities have large bike paths that run throughout the city. A town I used to live in had almost 50 miles of interconnect paths that you could use to go from one side of the town to another! Your town might not have that much area available for you to bike but there are often many different paths that you can bike on while staying out of traffic.

WHO ARE BEACH CRUISERS GOOD FOR?

Starter bike: Once a child has mastered a smaller bicycle, a beach cruiser is the logical next step. It introduces the hand brake, and the seat can be raised as the child grows. It’s a little more stable than a ten speed because of the wider tires. It’s also easier to attach training wheels, if needed.

Most beach cruisers are single gear so the child won’t have to learn how to switch gears just yet but they can feel like more of a grown up and the bike can grow with them through their early to mid teenage years.

Older person’s bike: Some of us aren’t as steady as we were as kids. A tire that’s an inch wide may be better for speed, but going fast isn’t always what is wanted. A two inch tire provides the same stability for older adults that it does for children.

Having that extra stability later in life can help you ride your bike for far longer than you would be able to if it had thinner tires. A beach cruiser is also good as you age because it allows you to sit in a more natural position than other styles of bikes and it is more comfortable than many other styles as well.

What Accessories Should You Have?

No matter what time of day, having as much reflective material on both bicycle and rider is important. Cars will be able to see them both easier. Even if you are riding in a park or on a beach being able to be seen by everyone is an important thing to help you stay safe when you ride.

It is also wise to have a headlight and taillight, even if you don’t plan on riding at night. It’s hard to say what might come up and having them already installed will prevent problems. Most cities have laws that require these for night riding. It may seem cheaper to use lights powered by pedaling the bike, but that is not recommended. It is harder to keep the light bright enough and if you are tired you certainly don’t want to be less visible.

There are many different styles of baskets or bags that are designed to go near the handlebars or behind the rider. It is a good idea to have a basket of some kind to carry your important things in and so you have some place to put your water bottle, phone, keys, etc. They are also useful in carrying things home if you find something cool when you are out biking or if you decide to purchase something at a store.

There is a lot going for the beach cruiser and the city is as good as the country for this bicycle. It is simple to maintain because most of them don’t have the gear system installed on it. If you know how to change the chain and make sure the brakes are in good working order, you’re set.

Even if you don’t have these skills it is cheaper to repair a beach cruiser than a ten-speed or any other multiple geared bicycles.

Whether you are biking in the city, the country, or on a beach somewhere, a beach cruiser is an excellent bike that can be used by all ages.