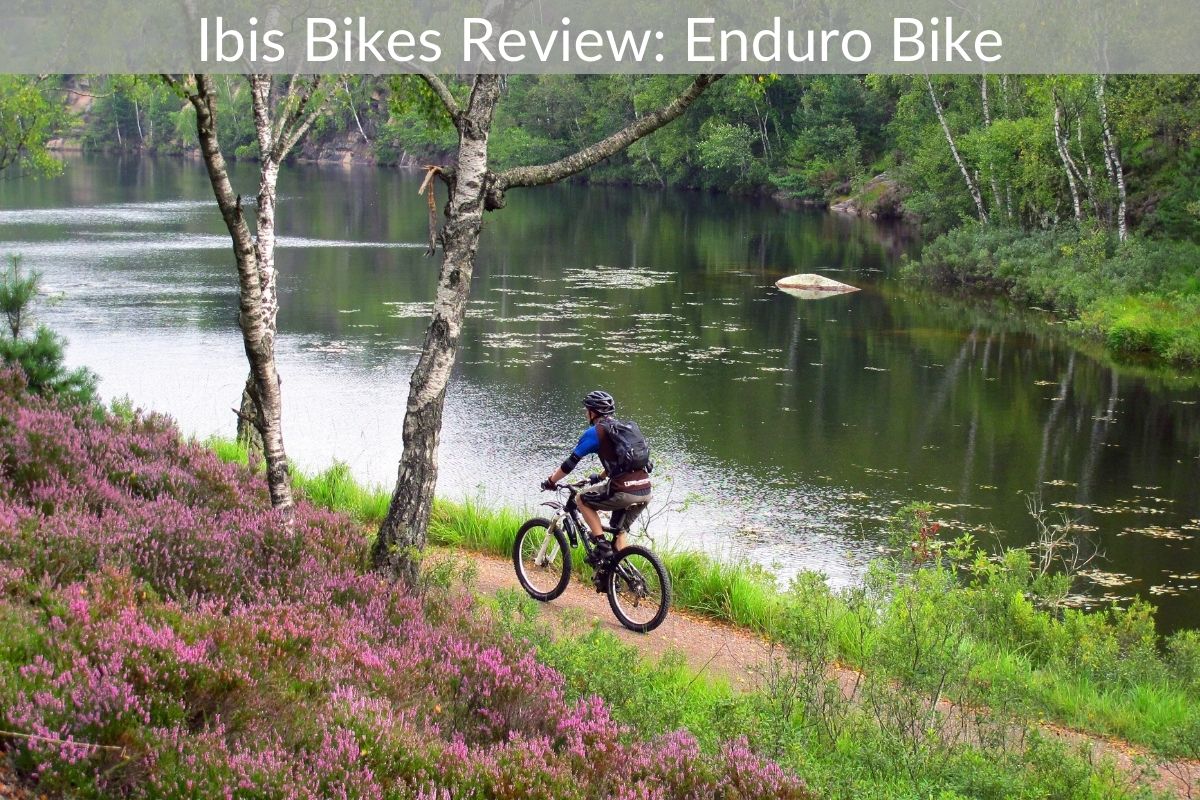 The Ibis Bikes Mojo HD4 is a beautiful bicycle made by Ibis. It is a fantastic trail-riding and enduro bike. Let us take a look at the masterminds behind this incredible machine.

WHAT ARE IBIS BICYCLES?

Ibis Bikes was started in 1981 by Scot Nicol in Santa Cruz, California. He built his first bicycle up in Mendocino County in what he calls “a funky little workshop.” He built his first bike just for himself, but someone who saw it asked if he would build them one too. Scot said yes, one thing led to another, and pretty soon Scot Nichol was in the bicycle manufacturing business.

What started out as a one-man show, after 30 years, wound up to be an internationally respected company.Scot decided to name his company after the ibis bird. Ibises are long-billed, long-legged wading birds that inhabit wetlands, forests and plains, and build their nests in mangroves, trees, and thickets. Scot found the name thumbing through an Audubon bird encyclopedia looking for names to call his newly-hatched company.

He liked that the Ibis are light and that they fly. The name ibis represents the lightweight frames that Ibis Bikes builds, and the flying feeling that you get when riding an Ibis Bike. Ibis birds are beautiful in flight and very graceful, and the Ibis head badge design reflects that idea.

THE DEATH OF THE COMPANY

In 2000, Nicol sold Ibis to an investment firm, which went bankrupt 18 months later and Ibis Bikes lost everything. But in 2002, Scot Nicol got a phone call from Hans Heim.

Scot had known Hans from the earlier days when Hans was working at Specialized. Hans pressed Scot to bring Ibis Bikes back to life again.Hans Heim had an impressive résumé. After he left Specialized, Hans was at Bontrager Cycles, and after that he was part owner in Santa Cruz Bicycles. In 2002, Hans and his partner in Santa Cruz, Rob Roskopp, parted ways, and Hans left Santa Cruz Bicycles.

But Hans was not done making his mark on the industry. Hans called Scot to inquire about restarting Ibis, and that was the start of a new era of bicycle-making at Ibis Bikes.

As the new CEO of Ibis Bikes, Hans brought on Tom Morgan and Roxy Lo and, together with Scot, they bought the company back in 2005, with a new vision based around carbon fiber construction. Tom Morgan is president and general manager at Ibis Bikes and keeps things on track with his organizational skills.

Tom has a background with Giant, and Answer before that, and Titec. Roxy Lo is an artist with a background in industrial design. She is a top industrial designer and loves all kinds of aesthetic work, from ceramics to cabinets and computer related stuff, but the common thread in every piece she does is that it “looks cool.”

Together, the Ibis Bikes team build some of the finest, most innovative bicycles on the planet. Scot Nicol and the Ibis Bikes team would like you to know this about how the company got to where it is today:“The one thing we always did was to build bikes we wanted to ride.”

The Ibis Mojo HD4 is an enduro bike. Like all Ibis Bikes, it’s built on a carbon fiber monocoque frame and swingarm. The rear triangle is carbon. For 2018, Ibis has updated the HD to version 4 with their all new DW-link swingarm suspension kinematics.

The Mojo HD4 is also longer and more slack than its predecessor, the Mojo HD3.

The basic Ibis Mojo HD4 is available online from about $3000 going up to $9600 for the Ibis Mojo HD4 SRAM XX1 Eagle Bike. The bike is available from many online dealers, such as Jenson, Wrench Science, Cambria Bicycle Outfitter, Backcountry.com and Competitive Cyclist.

We picked a few similar products available on the market to see how they compare. All 4 of the comparison bikes are full-suspension mountain bikes and are designed to balance between uphill, downhill, and enduro, as the rider prefers.

The Nomad is built upon a carbon frame with Virtual Pivot Point swingarm rear suspension, and a RockShox fork. The rear shock is mounted to the bike’s lower link, which is the same configuration used in the venerable V10 downhill bike. Santa Cruz says the Nomad is a combination daily-driver/downhill bike.

This bike has a “Flip Chip” on the lower link at the rear of the shock that lets you change the frame geometry. With a flip of the chip, the head tube angle slackens from 65° to 64.6° and the bottom bracket drops another 5mm or more.

This change in frame geometry gives your bike tighter or looser steering, allowing you to adjust your bike for different terrain and riding styles.

The Commencal Meta AM is considered an enduro bike.

Like all bikes in the Commencal line, the Meta AM 4.2 is only offered with an aluminum frame. In 2012 Max Commencal visited his factory in China. When has saw the risks the workers were taking, both to their health and to their lives as they were exposed to the carbon fibers, he realized that carbon fiber is too dangerous to implement safely at a reasonable cost.

Owing to this realization, he made a decision that Commencal would not make carbon fiber bikes. Max will not endanger his workers to make a profit.

The Yeti factory is in Golden, Colorado (the same city as Commencal Bicycles). Yeti has a long history in bicycle racing and their engineering and design is structured around the needs of the racing team. The Yeti SB5.5 is considered a trail bike.

The SB5 comes in both men’s and women’s models. The women’s bike is based on the same frame and component configuration, but the shock absorbers are softer to carry a lighter weight. The crank is 5mm shorter to accommodate shorter legs, and it comes with a softer WTB seat.

The Yeti SB5 uses a suspension system they call Switch Infinity, which is said to improve pedaling performance while remaining responsive further into the stroke. Switch Infinity works by shifting the forces around at the pivot point of the suspension. This allows the bike to adjust its suspension pressure to different sizes of bumps mid-ride.

This keeps the rear wheel planted firmly on the ground. Mountain bike riders report that they can feel the difference in control.

In the comparison lineup we have 2 enduros, 1 downhill daily driver, and a trail bike. The bikes are almost identical in their quality – all the companies are run by professional bike enthusiasts who have tenure in bike design. Which bike is best for you depends on your individual preferences.If you need a women’s bike, your only choice is the Yeti SB5.

If you are an Enduro rider, select the Ibis Mojo HD4 or the Commencal. The Switch Infinity system on the Yeti bike keeps the rear wheel plastered to the ground, but has to be greased every 40 hours. If routine maintenance is a problem for you, you do not want that bike.